keri mCinerney finalist in the australian women in music awards 2021

Keri McInerney has been named as a finalist in the Australian Women In Music Awards 2021, in the ' Life Achievement' category, alongside Kate Ceberano and Deborah Cheetham AO.

Founding Executive Director Vicki Gordon has also confirmed a change of date for the two-day event which will now be held in Brisbane on 17 and 18 May 2022. “As a national event which draws on the creative expertise of artists and music practitioners from every state, combined with our priority to provide safe travel for First Nations women from regional and remote communities, the risk of producing a safe event at this stage is unacceptably high,” Ms Gordon said. With a record number of entries, and submissions from every mainland state and territory, AWMA has been overwhelmed with support this year.

AWMA Juror Council Chair Diana Tolmie said: "I am thrilled with the support from the music industry – to read about the life stories of these fabulous women is truly inspiring!"

This year’s AWMA categories also include the inaugural Tina Arena Award Special Impact Award to honour an ‘unsung champion’ of the music industry. This special award will be presented by Tina Arena, who will also deliver the keynote address at the AWMA conference.

The diversity of the Australian Music Industry will be on show at AWMA with award categories honouring Excellence in Classical Music, Music Journalism and Image Making. Producers, Engineers, Film Makers, Photographers, Songwriters, Industry Leaders, Artist Managers and more are set to be acknowledged and celebrated in their own right at the AWMA ceremony.

A total of 17 AWMAs will be presented, including the Lifetime Achievement Award drawn from finalists Kate Ceberano, Deborah Cheetham AO and Keri McInerney.

Keri McInerney has achieved her sixth international number one hit single with her remixed version of LOVE'S A CRAZY THING featuring Keri with Wayne Bridge of The Flying Burrito Bros.

The single hit Number One in two international charts and has more recently scored both Gold and Platinum records.

"I can't thank radio stations around the world enough for the amazing airplay  and the fans for the wonderful support for my music. Its been an amazing year for me and my music!"

Keri is thrilled with her continued success and can't wait to release her forthcoming album.

Click the link below to listen to Keri's latest hit single!

Keri McInerney was presented with her Platinum and Gold Records for her recent world #1 hit single successes this month in Brisbane.

WAITING ON THE OTHER SIDE #1 AND PLATINUM RECORD WORLDWIDE

Congratulations go out to Keri McInerney for her #1 Global hit, Waiting On The Other Side" as she qualifies for a PLATINUM RECORD for worldwide airplay and digital downloads, from AirplayExpress' Country Top 40 chart. AirplayExpress your trusted music and video delivery service

PLAY - WAITING ON THE OTHER SIDE

WAITING ON THE OTHER SIDE BY KERI MCINERNEY AWARDED GOLD RECORD

Congratulations go out to Keri McInerney for Waiting On The Other Side" as she qualifies for a GOLD RECORD for worldwide airplay and digital downloads from AirplayExpress' Country Top 40 chart. AirplayExpress your trusted music and video delivery service.

Currently riding on the wave of success, Keri McInerney has once again hit #1 with her Christmas releases for the festive season.

Keri scored #1 and #5 in the world charts and is thrilled to once again have such wonderful success on the world market.

LET IT BE LOVE is a special project which is a co write with Australian song writer Greg T Ross, written for his wife Wendy, who lost her battle with Pancreatic Cancer.

LET IT BE LOVE is a fundraiser for The PANCARE FOUNDATION, to raise awareness and support fundraising to find a cure, for Pancreatic Cancer.

This is Keri's second #1 hit single worldwide in recent months.

KERI MCINERNEY HITS NUMBER 1 GLOBALLY - WAITING ON THE OTHER SIDE

Keri McInerney's single WAITING ON THE OTHER SIDE has become a world wide hit single, reaching #1 on the international charts.

'I'm so thrilled to see this single do so well and to get to #1, I'm absolutely over the moon to achieve such great success with this single. Its been an important track for me personally. Thank you to everyone who is supporting my music. I am very grateful'. 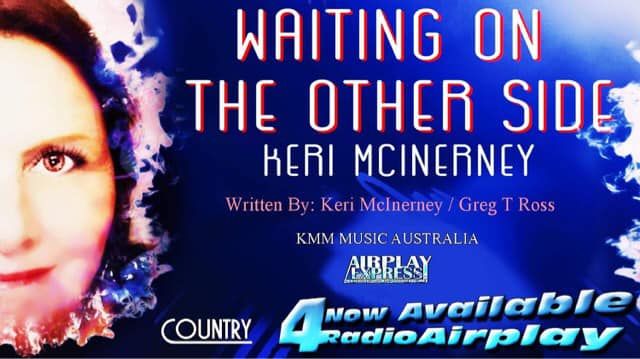 NEW SINGLE OUT NOW!! “LET IT BE LOVE” KERI McINERNEY 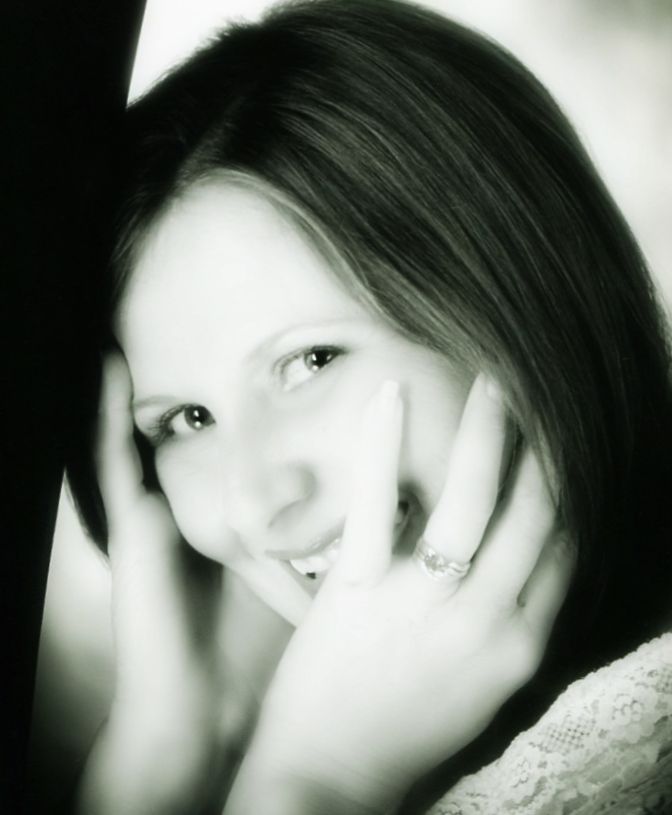 Hot on the heels of Keri’s recent Top 30 international hit single, ‘Waiting On The Other Side’, Keri’s latest single, ‘Let It Be Love, now premiers worldwide. The single represents a genuine creative leap with an emotive co-write, by Keri McInerney and Australian songwriter, Greg T Ross.

“A very personal song, it’s been a wonderful project to be involved in, as it was written for Greg’s wife Wendy, who lost her battle to Pancreatic Cancer. We hope sales, will also raise funds for the PANCARE Foundation”. – Keri McInerney.

The single ‘Let It Be Love, is now available for download and streaming on all digital platforms.

Stay tuned for more touring announcements – and the release of more tracks – between now and Keri’s new album release.

Keri McInerney is currently in production with a new project to help promote Brain Aneurysm Awareness.

The recording and video project, has connected with survivors world wide, who have all come on board to support this project, in the hope it will not only make a statement of their own survival after suffering brain aneurysms, but also it may just help to save someone's life.

'have over 20,000 people showing interest in being involved in this project and I hope to make this happen in a big way', Keri said.

Keri McInerney, created this campaign, after also becoming a survivor of a brain aneurysm. Keri prefers the term 'Warrior'  as she battled hard to get through a this major life challenge, but with focus and positivity, she has succeeded. Keri is now 'on a mission' to let music, send out the message, that survival of a brain aneurysm is possible, if you know what symptoms to look for, and catch the aneurysm early and seek treatment. 'You can survive. I consider myself one of the lucky ones, as so many don't survive, that is why early detection is so important'. Keri said.

Keri hopes that this production will raise much need awareness worldwide.  The release should be early 2020. 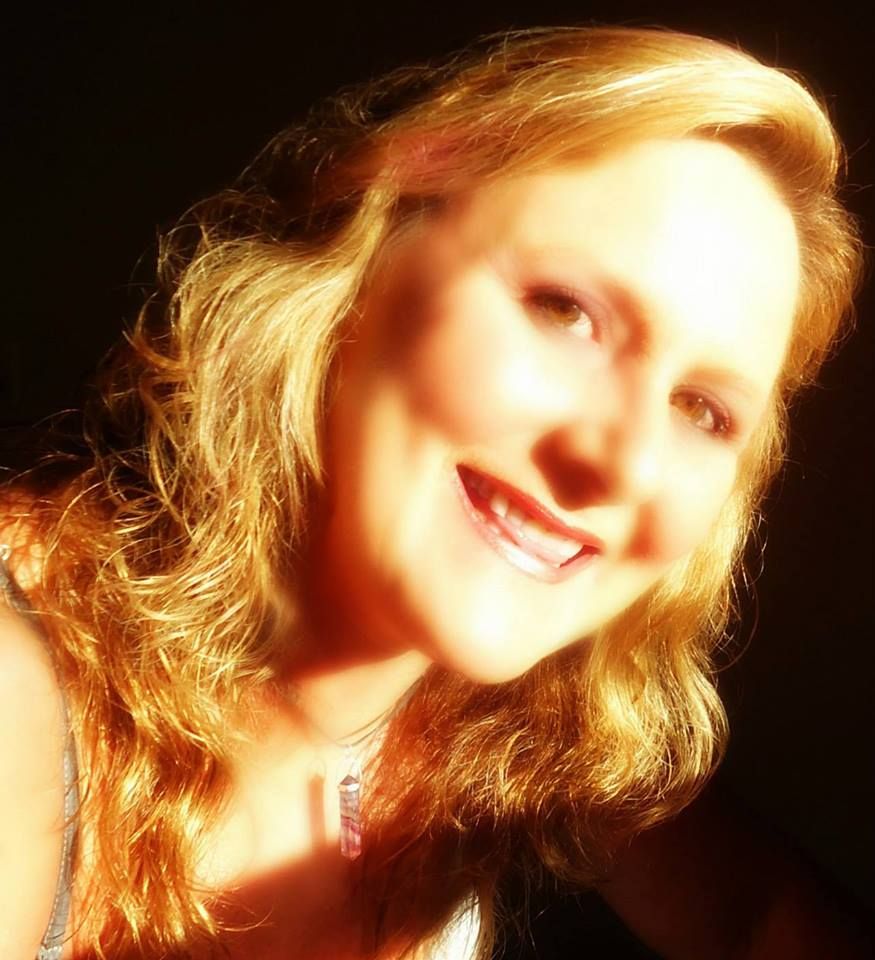